It is true that anyone can plant trees. No matter the age, race, religion, or circumstances, tree planting stretches across the vast variety of human experience bettering all life. It is equally true that trees can be planted almost anywhere in the world, even in the desert, with the right planting practices. The following is an account of several inspiring and surprising tree planters and the miraculous results of their efforts.

Saving His Island With Trees

What does one do when the river island their family has lived on for generations is eroding into the rushing waters? In the past 37 years, Jadav Payeng has successfully saved a part of his island from erosion by planting a forest that has now grown to be over 1,300 acres, larger than central park. He is known as ‘forest man’ in his native India.

The annual flooding of the Brahmaputra River, one of the largest rivers in India, has been washing away the shores of Majuli Island, the world’s largest river island and home to 150,000 people. Half the landmass of the island has already been lost in the past century. Jadav transformed this land, that was lacking in vegetation, by first bringing in seedlings, but soon was able to collect the seeds from within the growing forest and foster his nursery under the protection of the canopy. This forest, planted single handedly, has become home to a remarkable diversity of wildlife including over a hundred elephants, rhinos and even tigers. He dreams to continue planting trees until the whole island is reforested and protected from the floods and erosion. Imagine if these kinds of projects were happening along all the major rivers of the world. Communities could grow their local economy while keeping their homes safe and the watershed ecosystems protected. Jadav says he will, “Continue to plant until my last breath.”

Equally inspiring is the banyan tree planting of a woman in India who is celebrating her 104th birthday this year. Tree planting is one of the few things humans can do that they can clearly behold the results of their efforts 50 years later. There is nothing quite like the awe and wonder of planting a tiny little seed and witnessing it transform into a gigantic world unto it’s own, housing thousands of creatures and shading the hot summer streets. Large trees that live long lives tend to become their own ecosystems over time, with animals creating habitat within their nooks and crannies while various flora and fauna form tightly around branches and roots. For a 2 mile stretch of road, Saalumarada Thimmakka can walk shaded by her 400 banyan trees, and absorb the sights and sounds of these amazing life forms that will continue to provide benefits for generations to come.

Imagine for a moment what it would be like to be blind. And then imagine what it would be like to have no arms. Now think about what a partnership between two men in China, one whom is blind, and the other with no arms, might become when these two men come together to plant a forest. Just the two of them, with Jia Haixia holding the seedlings while Jia Wenqi leads them to each trees new home, have planted over 10,000 trees in the past 10 years. When these two friends were finding it difficult to obtain work due to their disabilities, they asked the government if they could plant trees on an 8 acre plot along the riverbank. These trees have not only helped them to create an income for themselves but have also helped protect the village from flooding by fortifying the river’s edge.

And what about people planting trees in the dessert? Geoff Lawton and his team, one of the leading permaculture experts in the world, successfully created an oasis of thriving gardens in the heart of Jordan, one of the driest and most salty soiled places on earth. How did they do this? By very strategically giving nature what was needed to thrive. Trees pepper the 10 acre project plot creating shade, organic matter for mulch, nitrogen rich leaves to improve the soil and so much more. They turned dust into a fertile plot of food, medicine, animal feed and healthy living soil with trees standing as the cornerstone of this new ecosystem. Even after losing the project funding and returning several years after no additional care, the land continues to burst with life.

Another example of a person who turned to tree planting to hold back the dessert is the story of Yacouba Sawadogo, of Burkina Faso. While terrible droughts in the 1980’s had pushed many other neighboring farmers off their lands, Yacouba Sawadogo had decided to try something different that not only kept him on the land of his ancestors, it also allowed for that land to thrive once again. He found that planting trees amongst his crops, also known as agro-forestry (the planting practice of Trees for the Future), made all the difference. His trees shaded the soil, allowing it to stay moist, which is critical for soil to stay alive, while blocking the strong winds that are often associated with drought stricken areas. Yacouba may not be able to read and write, and may not have had the understanding of his surrounding community, but with his resourcefulness and personal conviction, he is a superb example of taking the worst of circumstances and transforming them with tree planting.

Meanwhile a young woman in Kenya, Wangari Maathai, started the Green Belt Movement in 1977 in response to the concerns of the women in her native village. She learned that because of the removal of too many trees, the streams were disappearing and with that their food security and ability to source fuel wood for cooking. Having studied biology and been exposed to environmental restoration, she understood the connection between the loss of trees and the loss of fresh water. She convinced them to look through the remaining forest for native seeds from which to grow seedlings, and in return for their successful growth she would give them a small stipend.

The Green Belt Movement has since grown to a sweeping network of women that have collectively planted and nurtured over 50 million trees. They now have nurseries across the country, creating jobs and restoring the environment. Wangari passed away in 2011 but not before becoming the first African woman to win a Nobel Peace Prize. With her daughter Wanjira now helping to lead the movement, her legend lives on through the millions of trees growing taller each day and many more being planted.

Watch Wangari’s story of the hummingbird for guaranteed hit of inspiration.

Children Planting Trees for Their Futures

Many children of all ages are also planting trees around the world. The Forest Garden projects of Trees for the Future often involve children. In fact, working with school children helps to fuel the motivation of communities to continue caring for their environment and planting trees over the long term. Getting our youth involved in ecosystem restoration is one of the most powerful practices we can include in the creation of our global culture.

As you can see, anyone can truly plant trees. So what about you? Click here to sign up today to help plant a tree, every day, for just 10 cents per tree – $3 a month. 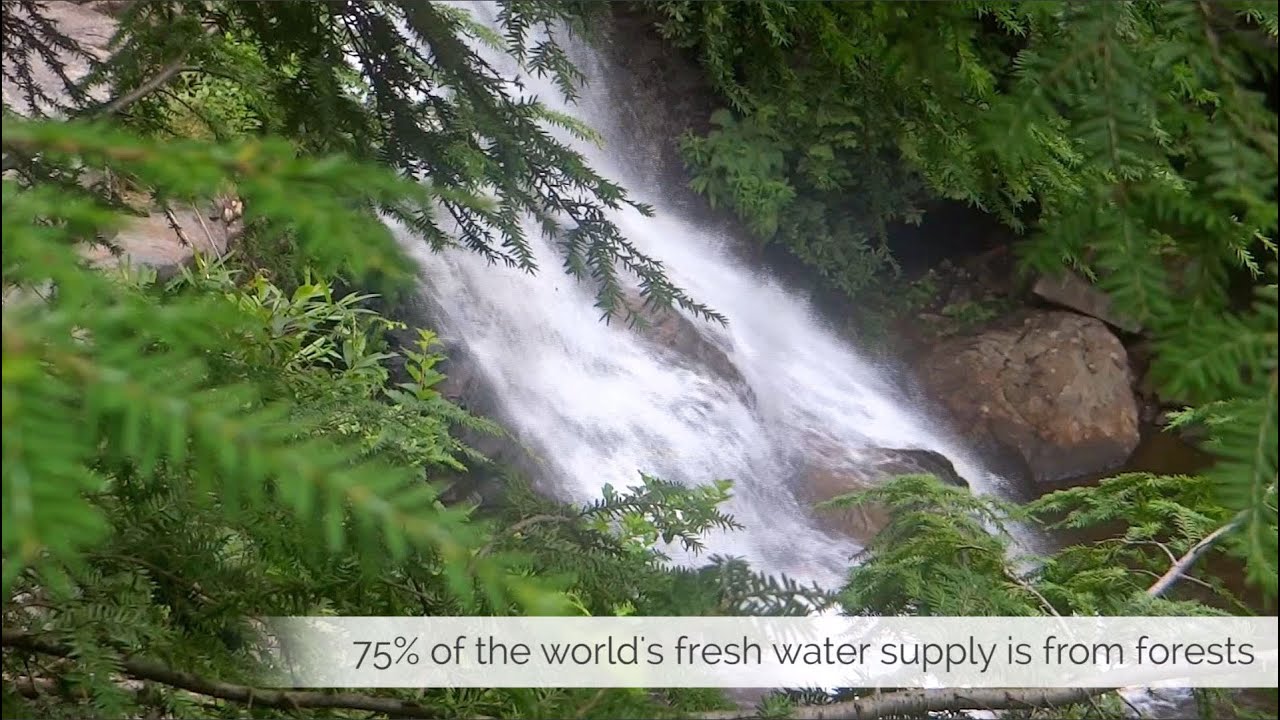